The pier is a simple thing – a wooden structure built over water, and yet there is something magical about it. Walking over the water, listening to the sound of the waves, and a clear view to the distant horizon – can be a powerful and awe-inspiring experience. Talk with the many locals and tourists who visit the Kitty Hawk Pier each year, and they’ll often share happy childhood memories of the pier – whether they were fishing with friends and relatives or just taking in the view. For some, an annual visit to the Kitty Hawk Pier is a part of their family vacation tradition – a way of marking the passage of time, making new memories with the people that they love, while also revisiting the good memories of the past.

Throughout the 1950’s and 60’s the Kitty Hawk Pier became well-known for it’s restaurant, but also as a destination for catching record-breaking fish – with local newspaper reports of frequent state level records set for bluefish, whiting, red drum, and king mackerel. Author and pier fishing enthusiast, Al Baird, explains that Kitty Hawk Pier’s close proximity to the Chesapeake Bay, works to an angler’s advantage as fish pass by the pier when migrating in and out of the bay. Pier fishing can be a fun and easily accessible way to catch larger fish – without the expense of chartering a boat. When not being used for scheduled events, the Kitty Hawk pier is still open daily for anglers wishing to try their luck. 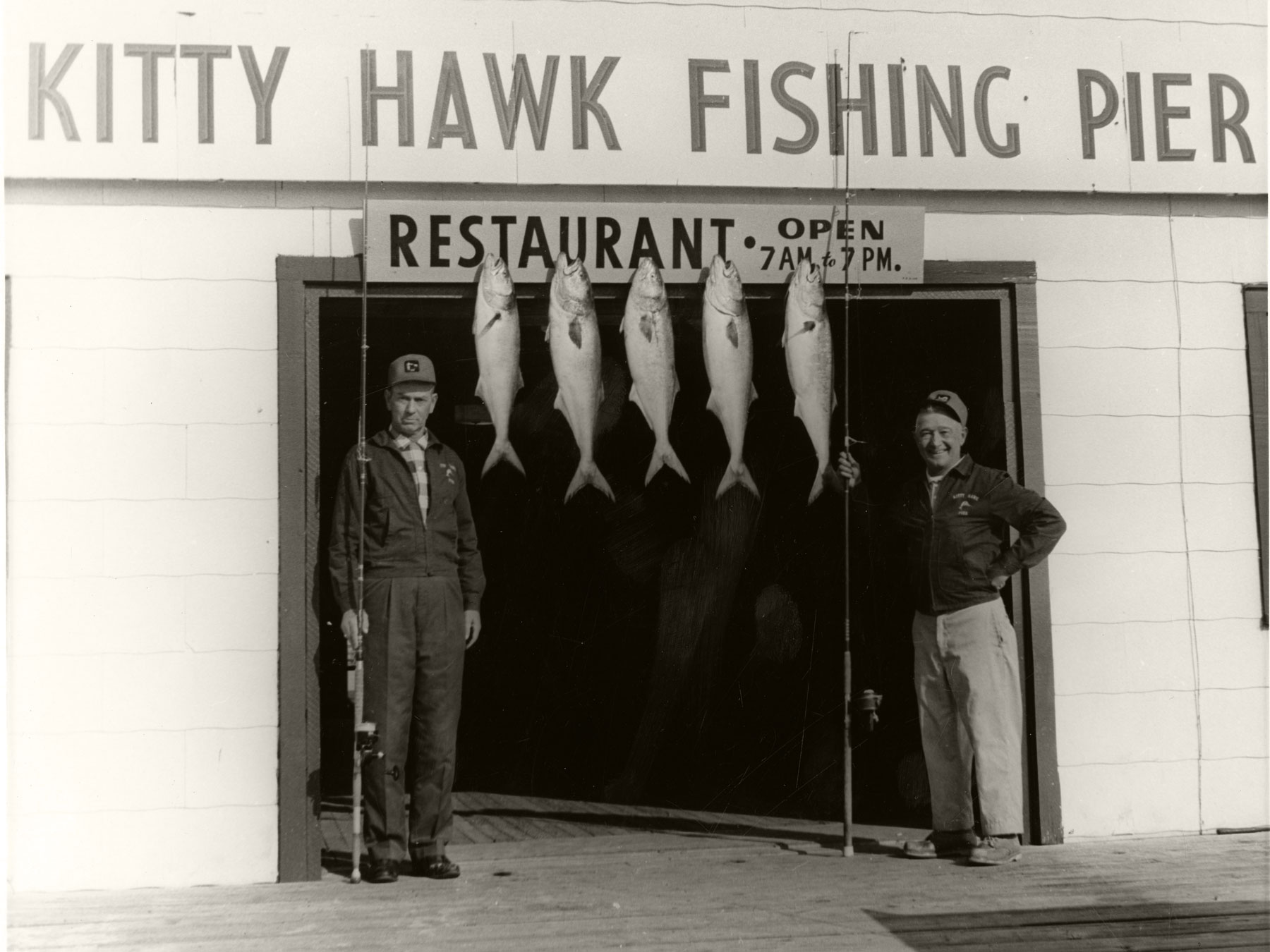 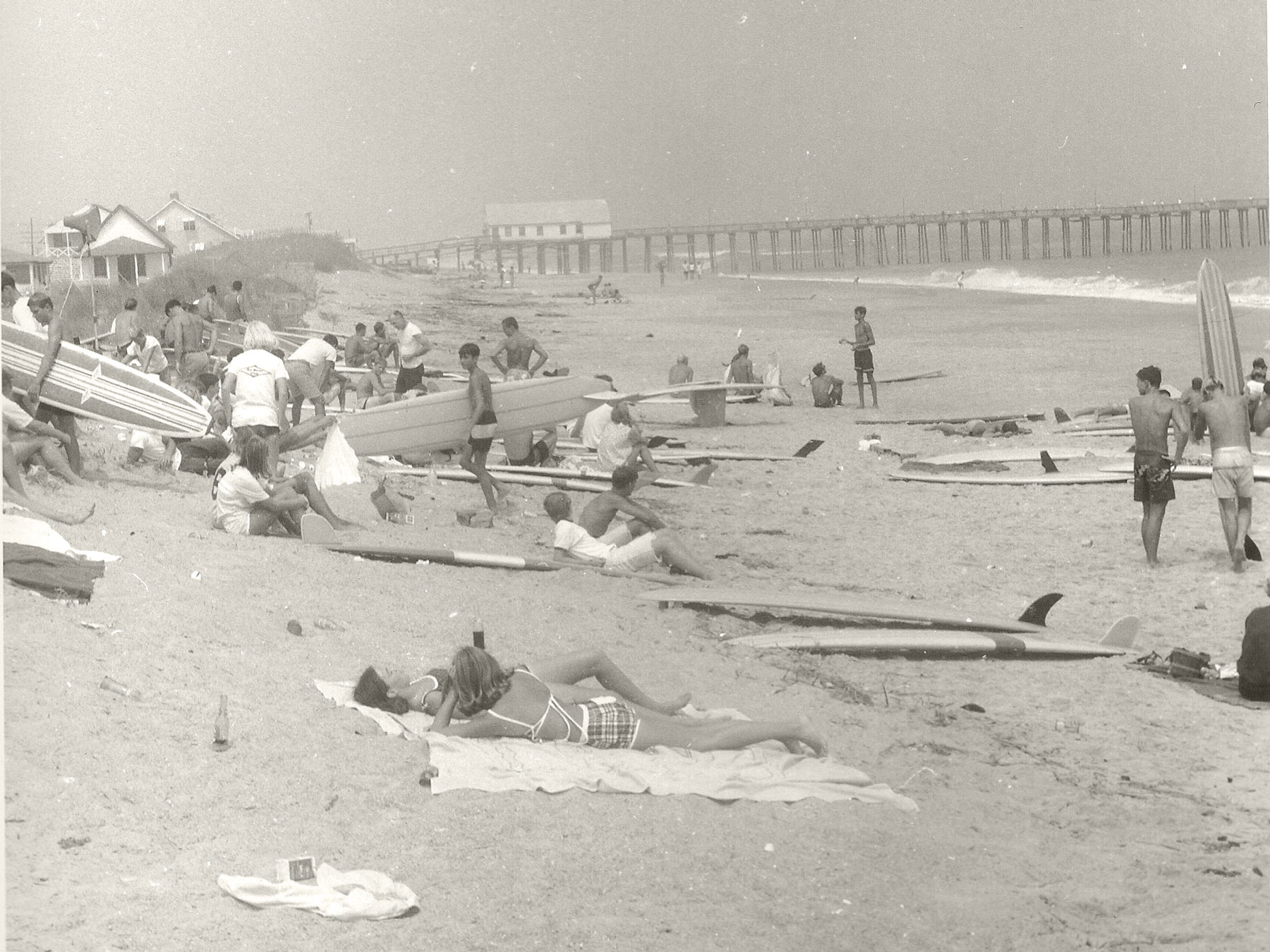 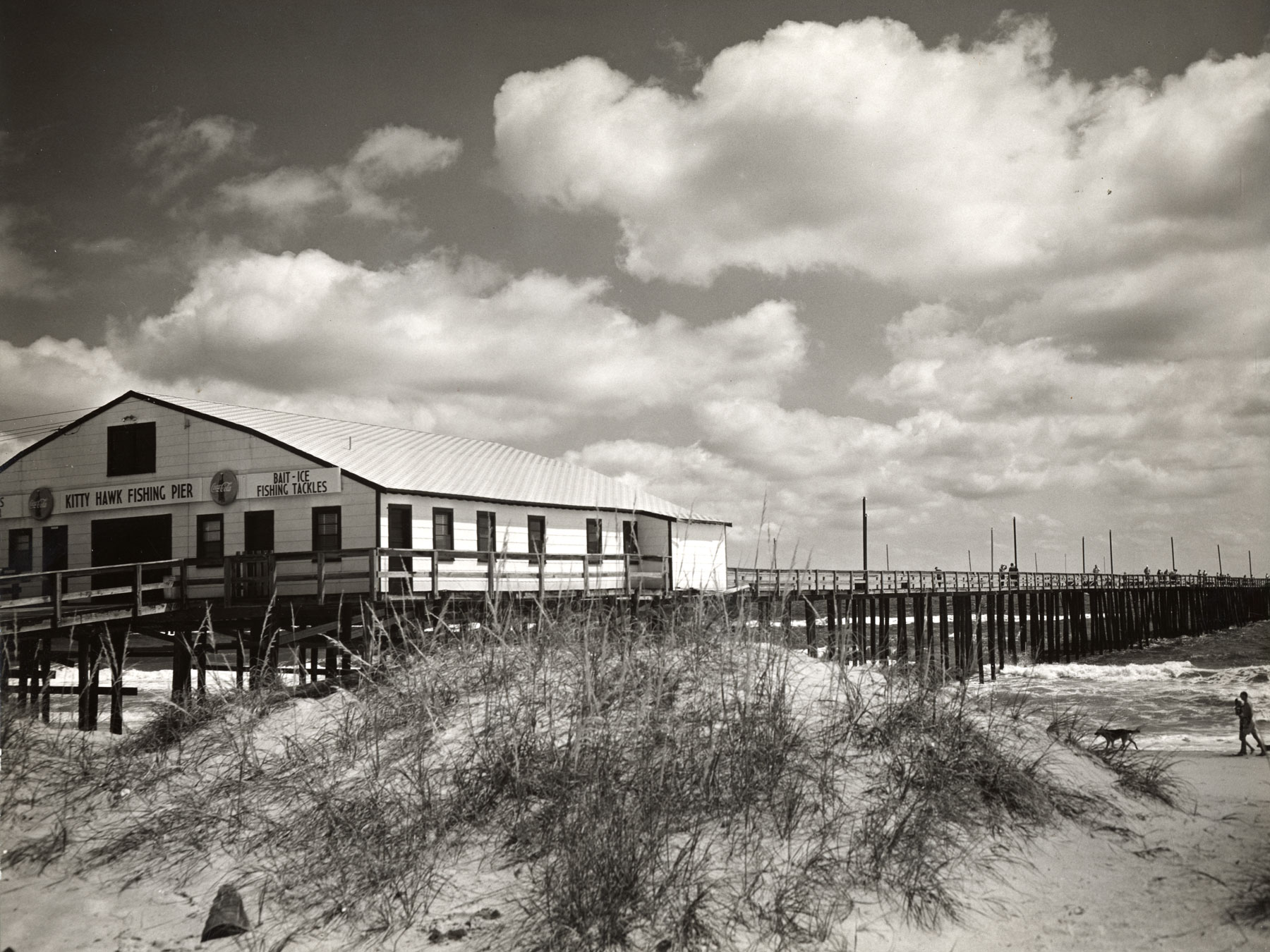 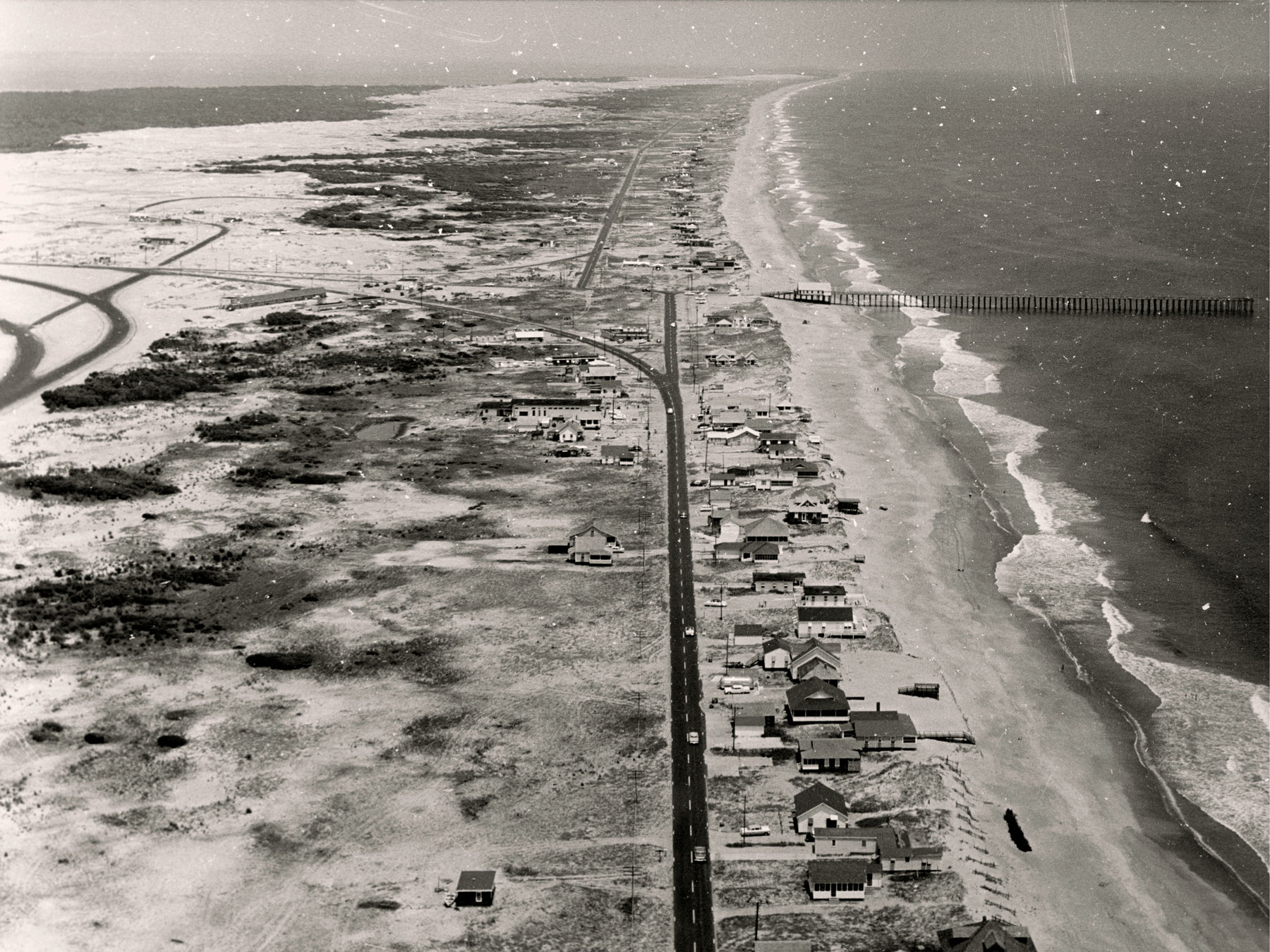 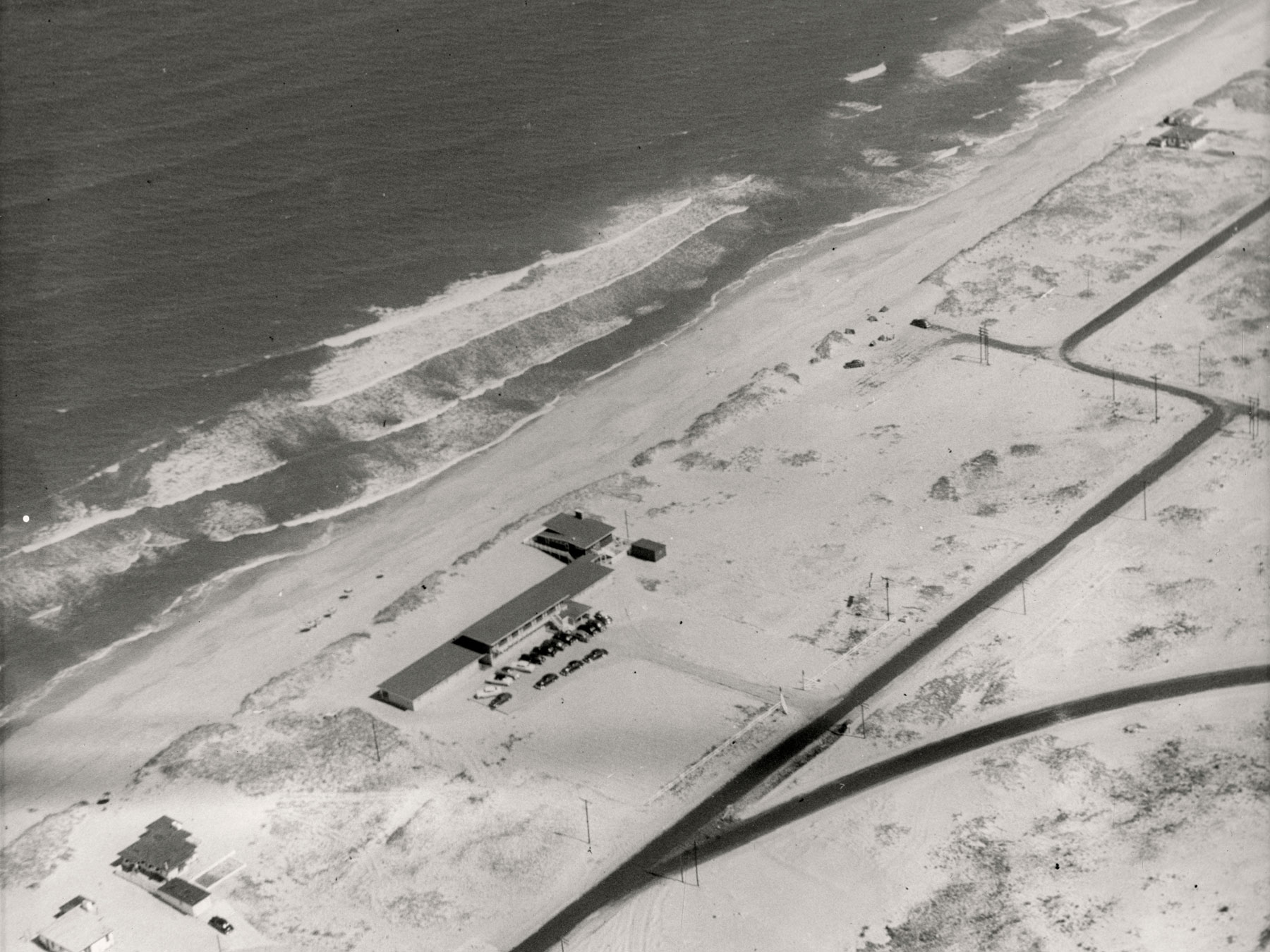 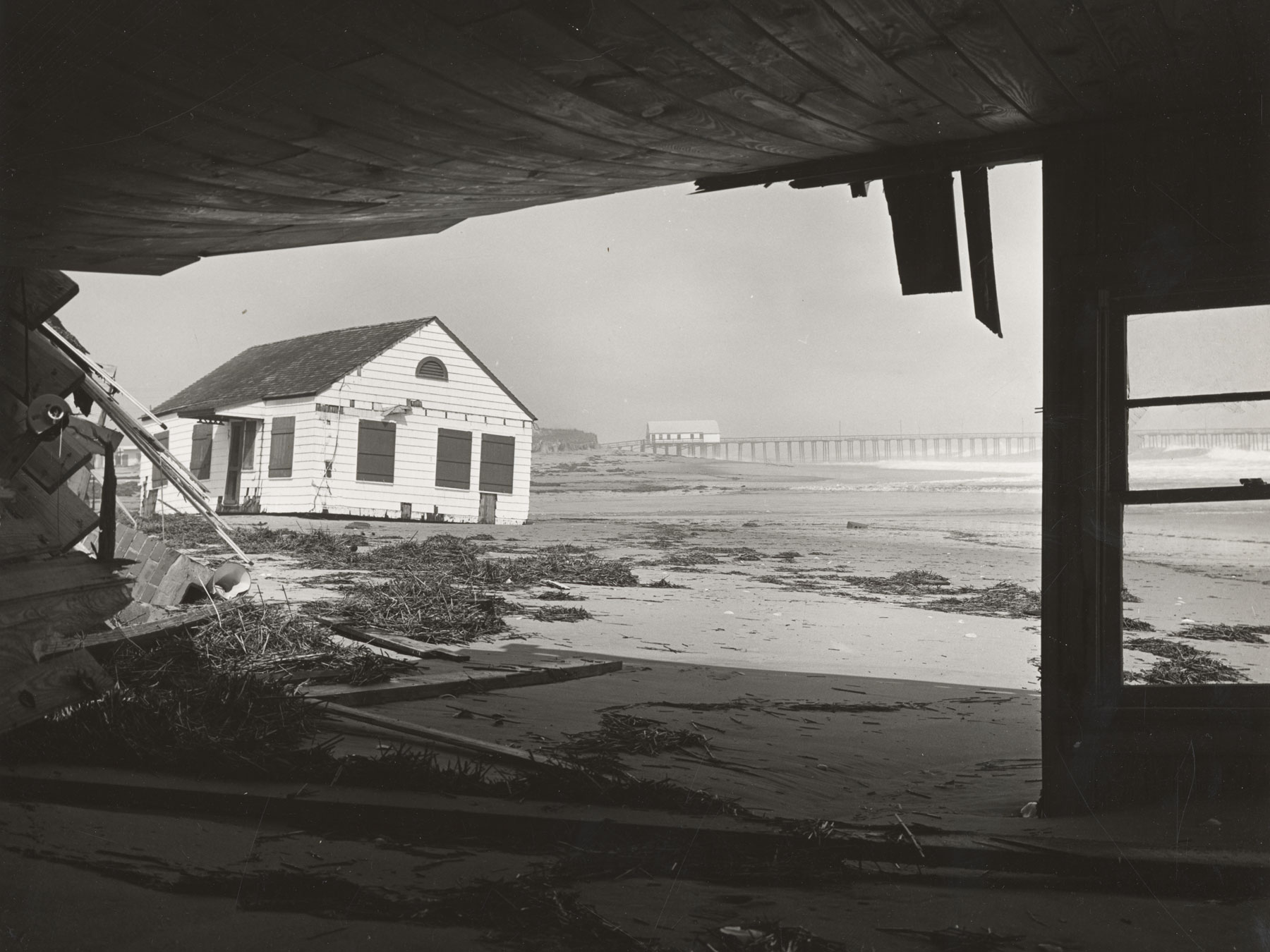 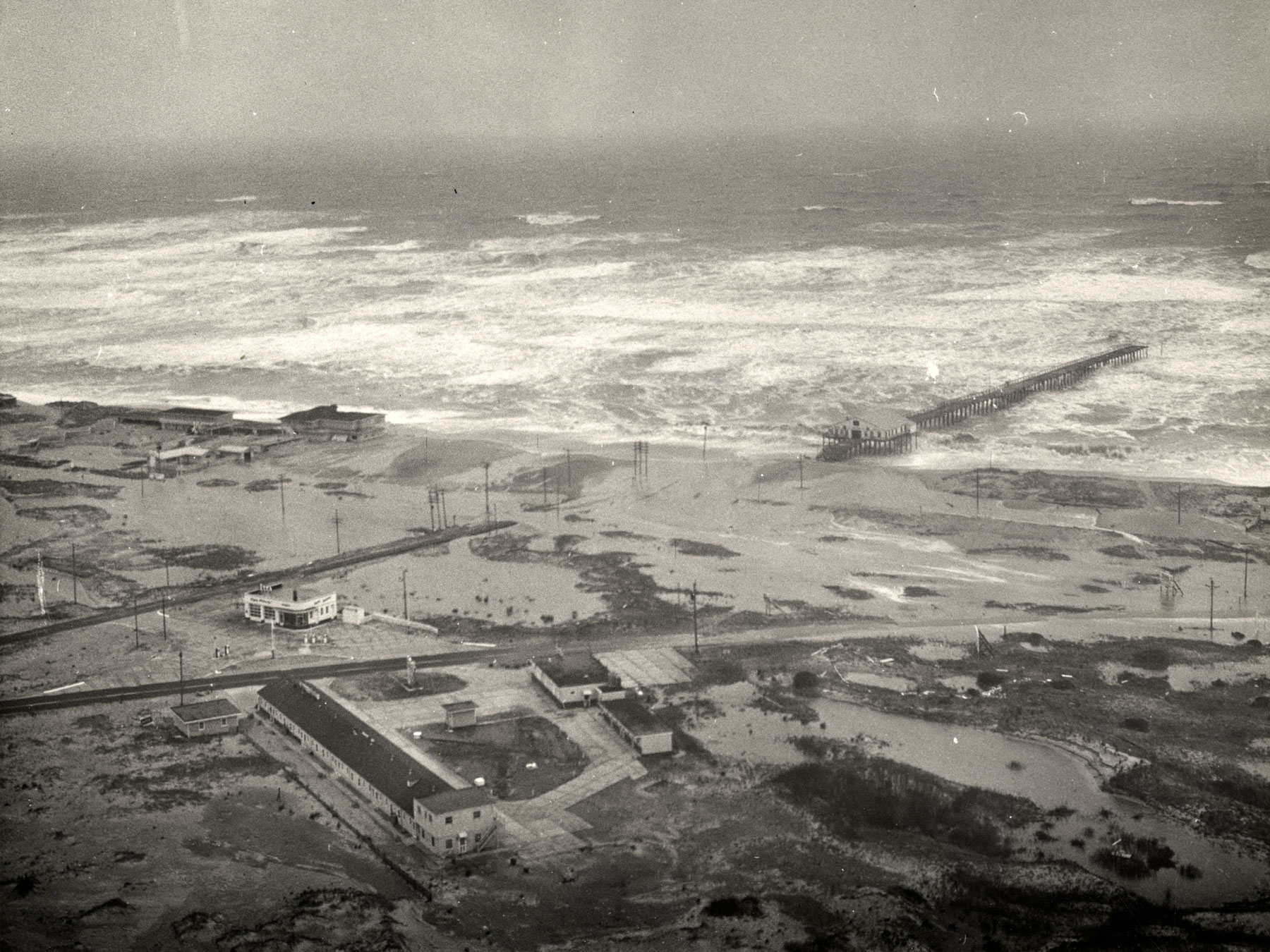 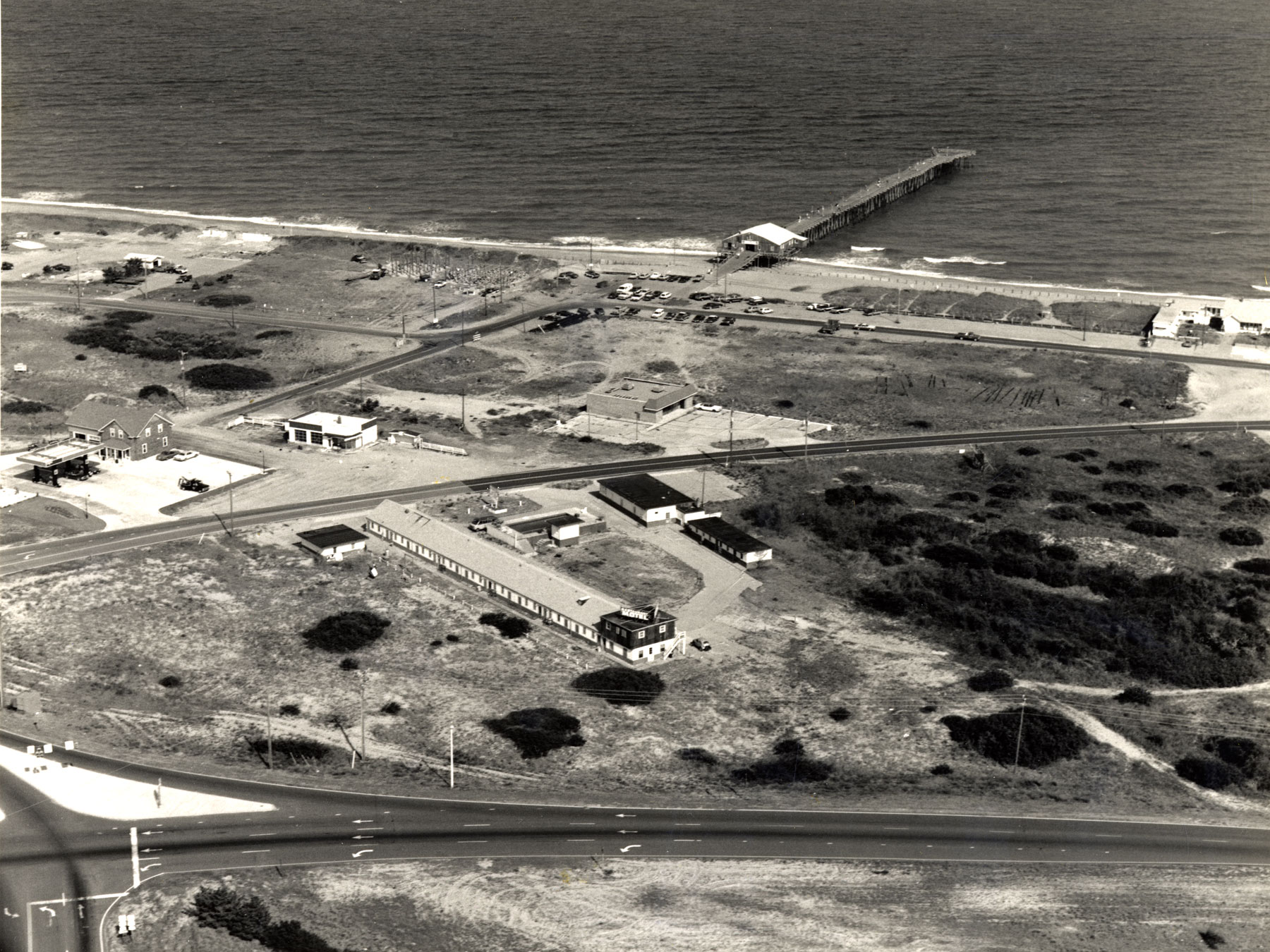 The historic Kitty Hawk Pier has definitely withstood the test of time – and has persisted through countless storms and hurricane events that significantly damaged much of the Outer Banks – including “The Ash Wednesday Storm” (1967), Hurricane Gloria (1985), Hurricane Fran (1996), and Hurricane Dennis (1999). It was Hurricane Isabel in 2003, with 160 mph wind speeds and 10 feet of storm surge, that came the closest to destroying the Kitty Hawk Pier. After Isabel washed away a large portion of the pier and the remaining Pier House was badly damaged, the replacement and repair costs were conservatively estimated at $1.6 million. Faced with enormity of the projected costs and the likelihood of future storms, the prior owners decided not to rebuild and the pier remained closed for 3 years. In 2006, the Hilton Garden Inn purchased the Kitty Hawk Pier and adjacent properties and began the much needed repairs and reconstruction. Significant care was taken to modernize and improve the pier and pier house amenities, while reusing as many original materials as possible, to retain the venue’s historic nature and charm.  In 2008, the fully renovated Kitty Hawk Pier was reopened to the public.

Since 2008, The Kitty Hawk Pier has become a popular venue for hosting stunningly beautiful weddings and events.  For those looking to celebrate a momentous occasion with friends and family, the Kitty Hawk Pier is an Outer Banks landmark that has come to symbolize happy memories, traditions, and southern hospitality.  With incredible ocean and coastline views, an indoor venue with vaulted ceilings, room to dance, and plenty of historic charm – there’s a lot to love about the Kitty Hawk Pier and we hope to share and celebrate it with generations to come.

This is our story – what’s yours? If you have a great memory, story or photo from the Kitty Hawk Pier – we’d love to hear from you!